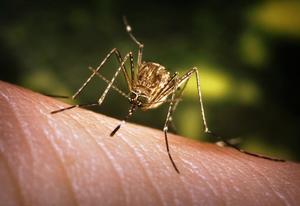 A female resident of Tustin, in her 50s, is the first human case of West Nile virus reported in Orange County this year, the Orange County Health Care Agency announced Monday, Aug. 19.

Last year, the virus affected 12 people in the county and resulted in one death, according to the Health Care Agency. The first human case reported in 2018 also was a Tustin woman.

On Aug. 5, the Orange County Mosquito and Vector Control District announced that mosquitoes found in Orange, along with nine dead birds discovered in Cypress, Buena Park, Huntington Beach and Tustin, had tested positive for the virus.

The disease is passed on to humans by infected mosquitoes that contract it from birds.

Symptoms of the virus may include fever, nausea, fatigue and rashes. In more serious cases, the infection can lead to confusion, paralysis and weakness. However, most people with the virus do not experience symptoms.

“People over 50 years of age and those with certain medical conditions are at increased risk of serious complications from WNV infection,” the Health Care Agency said in a press release.

The agency’s tips to prevent mosquito bites and to avoid contracting the virus: