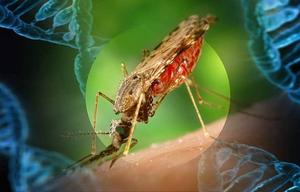 Recent advances in gene editing may provide an innovative new addition to our existing repertoire of mosquito fighting tools. A recent study out of Virginia Polytechnic University demonstrates the potential of a newly-discovered gene in mosquitoes that triggers their development into males. By combining this newly dubbed “Nix” gene, or M-Factor, with the CRISPR-Cas9 gene-editing technique, scientists can develop genetically-modified mosquitoes with the potential to naturally reduce the population of female mosquitoes without using costly methods that are currently employed.

And that is exactly the appeal of this new technique – even a small number of these genetically-altered mosquitoes can ultimately have huge impacts on successive generations in a region or environment as the altered M-Factor gene spreads through the population. This has enormously positive repercussions on global public health since only female mosquitoes feed on humans.

Ultimately, the scientists who discovered the “Nix” gene – Zach Adelman, PhD, and Zhijian Tu, PhD – caution against overly optimistic forecasts due to the significant risk that the gene is eliminated from the gene pool once the mosquito population crashes.

Despite the promise of this new technology, there are still numerous steps before we will begin seeing altered mosquitoes on the front lines. However, that day may be sooner than we expect.